First, that IVF is futile in obese women, and second, that IVF is insufficiently cost-effective to warrant funding in the context of a healthcare system such as the NHS which is required to ensure that a finite budget is spent efficiently. I have rejected these arguments on the basis that they rest on dubious extrapolations from the available evidence. Recall, my claim is not that it is cost-effective to provide IVF to obese women, but that there is insufficient evidence to show that it is significantly less cost-effective than to provide it to non-obese women.

To claim that evidence relating to the cost-efficiency of IVF allows for fine-grained distinctions between different points on the BMI scale when so little is known about numerous aspects of the effectiveness of IVF I refer, in particular, to IVF for treating unexplained subfertility is at best naive, and at worst, intentionally misleading.

My claim will be that it is plausible that judgements of responsibility play an implicit, indirect role in policies which exclude obese people from IVF. I will not argue that this is the case since establishing this would require further empirical work. I will comment on whether such a responsibility-based motivation is likely to provide justifying reasons for restricting IVF in this way.

Financial pressure on the UK healthcare system, particularly since , has resulted in changes in the way services are rationed [ 20 ]. Fertility treatment is one area which has seen significant shrinkage in NHS-funded provision. IVF may be a relatively easy target for commissioners looking to cut costs by reducing service provision.

Evidence is mixed: pro-natal social norms often dominate, resulting in stigma attaching to those who remain childless both voluntarily and involuntarily [ 58 , 28 , 44 ], and this might be expected to result in general support for those requiring assistance to have children. There is, however, also evidence that people do not generally think of subfertility as a disease, and this may limit the extent to which treatment for subfertility is seen as a priority for resource allocation within healthcare [ 28 ].


Researchers have found extensive evidence of stigma directed towards obese people in a number of contexts, leading to disadvantage. Rebecca Puhl and colleagues have described the pervasive effects of stigmatisation of obesity in a number of contexts, including healthcare settings, the workplace, educational institutions, and interpersonal relationships [ 45 , 46 , 47 ].

They report how physicians surveyed associated obesity with poor hygiene, noncompliance, hostility, dishonesty a lack of self-control and laziness. Nurses, dieticians and medical students have also been shown to form negative associations of obese people [ 45 , pp. In the workplace, employers tended to see obese people as less desirable employees; overweight applicants were judged as significantly less neat, productive, ambitious, disciplined and determined; they were assumed to be lazy, less conscientious, less competent, disagreeable and emotionally unstable; they were also thought to have poorer attendance records and to be poor role models.

I have argued that the futility and cost-efficiency based justifications for excluding obese people from accessing IVF are weak. Fertility treatment may not be an isolated example: a report by the Royal College of Surgeons criticises the restricted provision of elective surgeries including knee and hip replacements, tonsillectomy and surgeries for snoring, hernia, and varicose veins for those who are obese or smoke [ 48 ]. I take it that excluding some people from healthcare treatment that is available to others on the basis of stigma and moralisation would be impermissible, and contrary to the spirit of the UK system of healthcare provision—informed by procedures such as QALY-assessment—as well as systems of healthcare distribution elsewhere.

Similarly, the NHS Constitution repeats a commitment to delivering healthcare that does not discriminate on the basis of those protected characteristics described in the Equality Act Such commitments do not appear compatible with institutionalised discrimination and stigmatisation of people with obesity. I cannot establish that this is the case here, but have instead sought to show that the evidentiary basis of this policy is weak, that healthcare commissioners are under severe financial pressures, and that both fertility treatment and obese people may be publicly unpopular.

Some might argue that there is a relevant difference between those who seek IVF and who are a healthy weight, and those who are obese. In the next section I will briefly consider whether responsibility might ground a justification for excluding obese people from accessing NHS-funded IVF. This can reflect both benefits and harms: people should reap the rewards as well as bear the burdens of their behaviour.

The requirements and implications of responsibility can be analysed in a number of ways. A common distinction is drawn between causal and moral responsibility, with the former identifying the causal role an actor played in bringing about some consequence, and the latter typically identifying a deeper relationship between an agent and a consequence, often resulting in responses such as praise or blame. It is common to identify two broad conditions for moral responsibility: the epistemic and control conditions.

The first requires that the agent could foresee the likely consequences of her actions; she understood how her behaviour would impact the world. The second requires that the agent be able to control her actions; she could have behaved differently. Some version of these conditions has been incorporated into most accounts of moral responsibility since Aristotle, though the exact demands what counts as sufficient understanding?

How much control must the agent have had? It is not clear how we should go about developing a systematic means of assessing whether or not an individual was responsible for some behaviour.

For instance, if I am sitting quietly reading a book when a remarkably strong gust of wind dislodges me from my chair and causes me to collide with you, injuring your arm, it seems clear I should not be judged morally responsible or blameworthy for your broken arm. In contrast, if, upon spotting you my arch nemesis , I discard my book and leap from my chair, and purposefully attack you with the full intention of breaking your arm, then assuming I am not experiencing some kind of psychotic episode, or sleep walking, or under the influence of mind-altering substances, etc.

Turning to the current case, the challenge is to consider whether or not those who are obese and subfertile should be considered morally responsible for their subfertility and further, whether this has any relevance to the provision of fertility services. Evidence suggests that awareness of the impact of obesity on fertility is limited e. Intuitively, obesity seems under individual control, however evidence from diverse research programs including work identifying the social determinants of health and the psychology of behavioural control suggests it is often extremely difficult for individuals to make changes to their lifestyles that result in significant weight loss [ 25 , 26 , 53 ].

If responsibility were to be incorporated into decisions about IVF provision, it would be necessary to distinguish between those who were morally responsible for their obesity-linked subfertility and those who were not.

This would require delving into individual cases of subfertility and seeking a way of determining who is and is not responsible for their subfertility. As well as being highly intrusive and potentially impermissible this would likely be financially costly. What would be the pay-offs of such an approach? One possibility is that rationing IVF in this way would act as an incentive for people to maintain a healthy BMI a desirable outcome so far as health promoters are concerned.

It has been proposed by some that educating young people about the damaging effects obesity could have on their fertility is a potential tool for health promotion and weight loss [ 22 ].

Another consequentialist justification for BMI-restricted IVF is that it reduces the number of people eligible for treatment and thus saves money. However, whilst discussions of healthcare allocation may often emphasise cost-savings, this should not be taken out of context. The reason for saving costs on some areas of healthcare is so that those resources can be more effectively used in other areas of healthcare, improving the cost-efficiency of overall provision.

If obese people can benefit from IVF and the money spent on IVF would not create more benefits if it were spent on some other kind of healthcare then it makes sense to provide IVF to obese people. Finally, justice based arguments might motivate BMI-restricted IVF provision amongst those responsible for their subfertility. The most demanding version of this claim relates to desert: that it is a good thing in and of itself if people get what they deserve.

Translated into the subfertility case, this claim would imply that it is good for people who are responsible for their obesity-linked subfertility to be excluded from treatment, and bad for them to receive treatment with the reverse being true for those not responsible for their subfertility. A weaker defence of BMI-restricted state funded IVF policies would be broadly luck egalitarian see for example [ 50 ]. This, roughly, assumes that as a matter of justice, the state is obligated to assist those who experience bad brute luck but not those who experience bad option luck i.

Luck egalitarians may still assist people who experience bad option luck i. Essentially, luck egalitarianism could support a policy of prioritising treatment for those whose subfertility resulted from factors for which they were not responsible. Ultimately, it must be considered whether such justifications for seeking to distinguish between those who are and are not responsible for their obesity-linked subfertility are sufficiently powerful to overcome the reasons for not drawing such distinctions.

As mentioned, countervailing reasons could point to the difficulty of making such judgements and the likely intrusiveness involved; the danger of further stigmatising certain disadvantaged groups; and principled objections that healthcare providers just should not take account of responsibility when making allocation decisions. I have argued that the lack of high quality evidence regarding the effectiveness of IVF in both obese and non-obese populations, and the confusion around how QALYs are calculated in relation to the outcomes of IVF, give us reason to be hesitant in accepting the claim that this policy is justified on cost-efficiency grounds.

Whilst ensuring the efficient provision of healthcare is an important function of the state, methodologies such as evidence synthesis and QALY calculations must be applied with full acknowledgement of the degree to which these techniques incorporate numerous controversial assumptions and rough estimations and often must extrapolate from weak evidence.

Claims that the evidence is of sufficient clarity to make decisive cost-effectiveness cutoffs appropriate is disingenuous. Rather, I propose that references to the cost-inefficiency of providing IVF to obese people may mask other influences, such as negative attitudes towards obese people that render them easy targets for cost-cutting commissioners.

Finally, I introduced an alternative approach to justifying policies which exclude obese people from accessing IVF, based on judgements of responsibility in addition to other factors such as the defence of a luck egalitarian approach to healthcare provision. Such policies do not guarantee that no person with a BMI outside this range receives NHS funded IVF since there remains the possibility for individual physicians to circumvent the decisions made by commissioners. Even this may not be wholly uncontentious. Evidence suggests people derive value from being provided with ART even when it reduces their chances of conception, as in a paper by Bhattacharya et al. 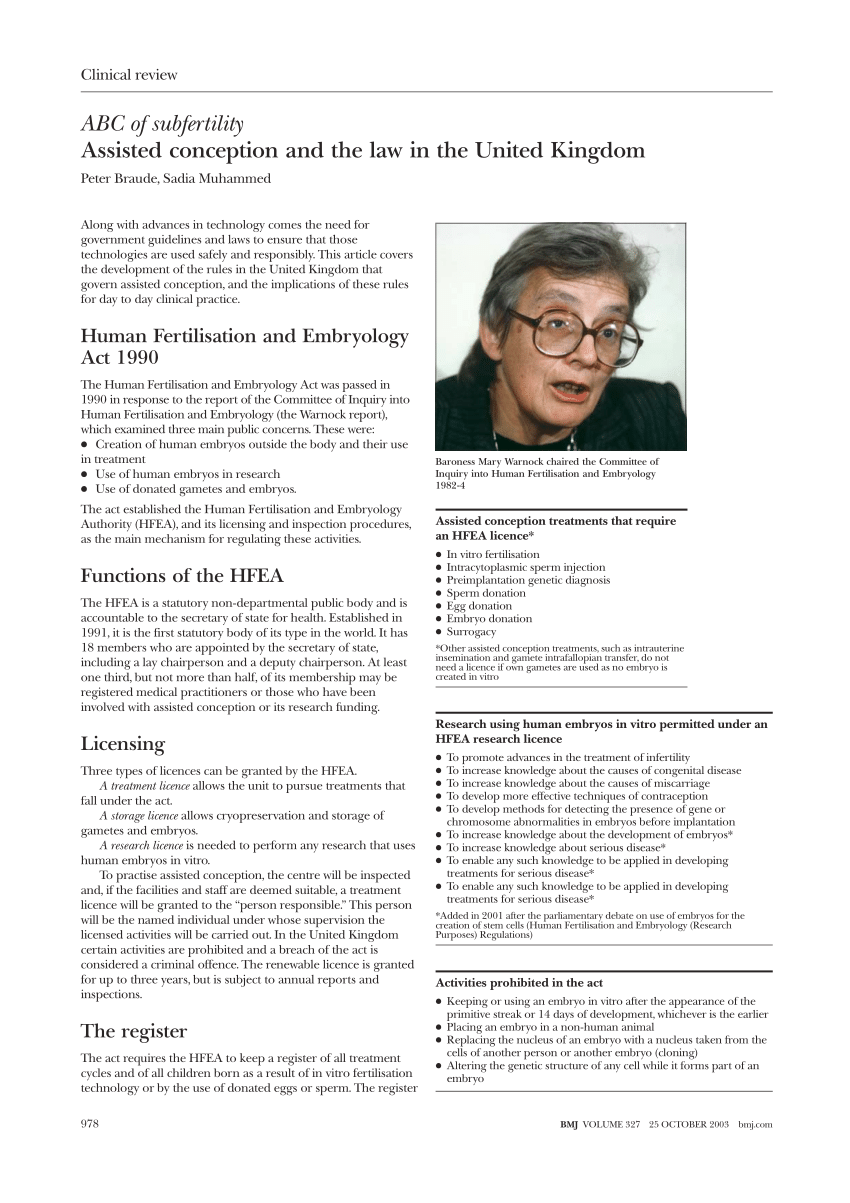 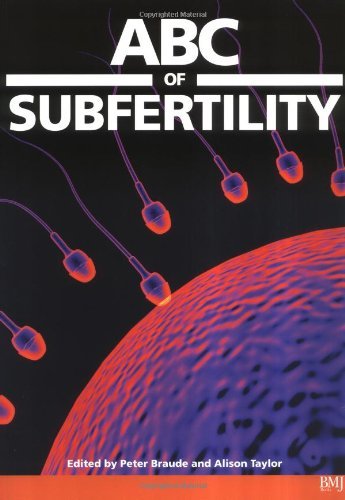 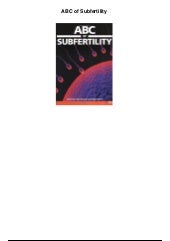